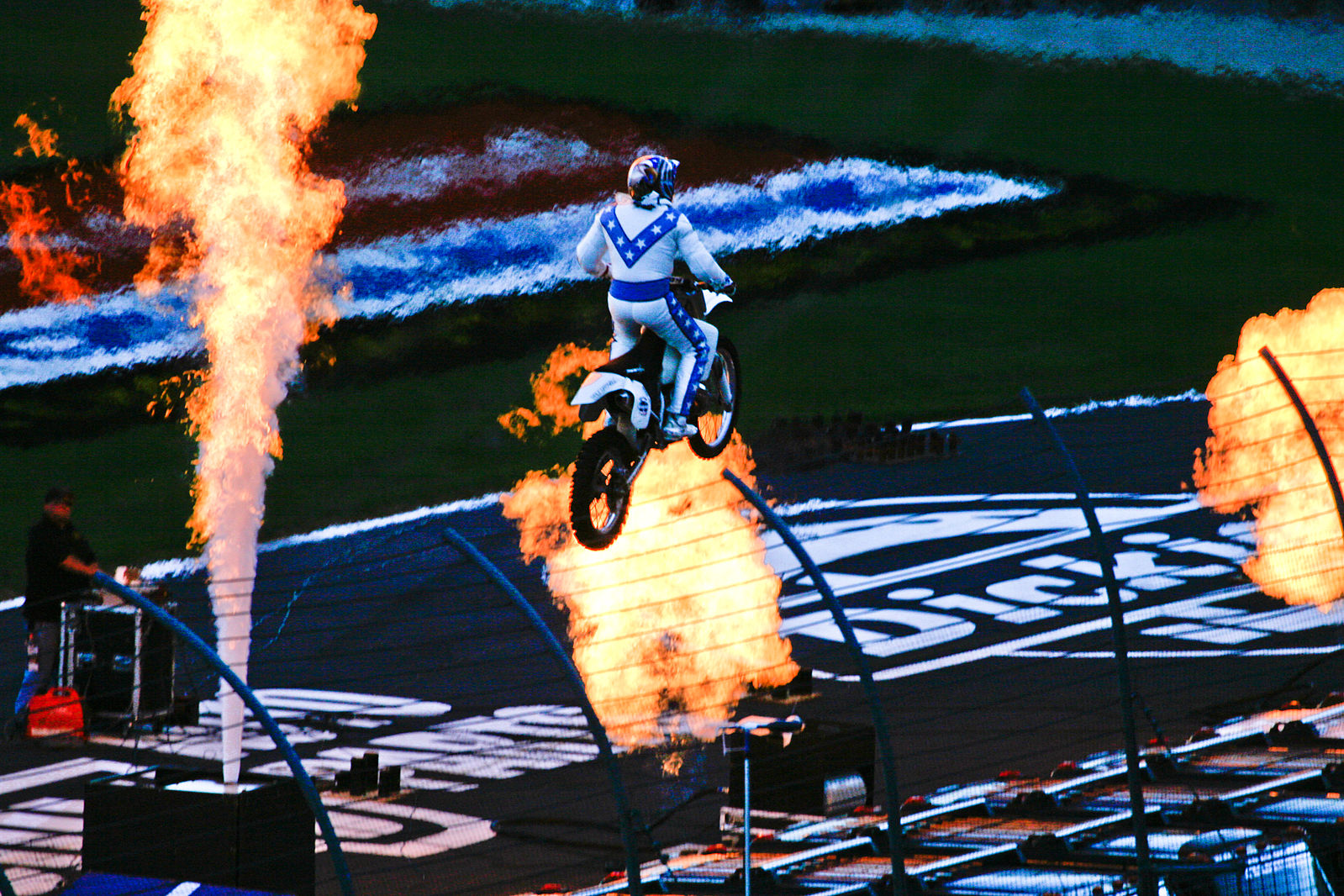 This lesson was a smashing success we all had great fun and discussed gradients, inclines, angles, speed etc. The kids want to redesign their ramps and add a second landing ramp as well as an initial ramp to boost momentum - so next week this is our plan.

Check out our video here.
Mission Objective: In homage to everyone's favorite Daredevil of the 60's and 70's, Evel Knievel, this challenge requires you to design a ramp. Our thrill-seeking hero, Sphero, wants to defy gravity in his attempt to jump over as FAR possible, but needs your help in designing the perfect ramp. How far can you propel Sphero?

Background: King of the Stuntmen
Who was Evel Knievel, you ask? Long before the X games, the internet, viral videos, or YouTube, there lived THE daredevil, Evel Knievel. Known for his flashy white leather jumpsuit adorned with stars and stripes, Knievel performed some of the greatest stunts ever attempted. He jumped over fountains, cars, buses, and semi-trucks on his Harley Davidson motorcycle, and even attempted to jump Snake River Canyon in his rocket-powered, X-2 Skycycle. Although idolized for his great jumping feats, he is also most remembered for his many horrific crashes. It is rumored that he suffered 433 bone fractures from his death-defying stunts! His last attempted jump was in Chicago, Illinois over a 90-foot tank of live sharks in 1977.

Step 1: Plan Your Ramp 10mins
Step 2: Create Your Ramp 30mins
Once you have a plan, you may begin construction of your ramp prototype. Your ramp must be free standing and constructed of cardboard and masking tape.
Step 3: Test
With your prototype in place add 1 metre tape along the side of the run and mark off 10cm lengths with the whiteboard marker, write a simple 'Roll' code for Sphero. Remember to turn up the speed and aim Sphero or he'll miss the ramp entirely. Test your prototype ramp!
USE the SLO-MO Camera APP on your iPad. Set the iPad up along the tape near the landing site to document where exactly Sphero Knievel made the landing. Record your length in centimetres (cm).
Step 4 : Test your prototype 2 more times recording your distances. What was your average jump distance in centimetres? What can you improve on your ramp design to give Sphero Knievel more distance? Redesign your ramp and retest it 3 more times.

Insider Information: On my prototype I had a 2.2metre run up. I managed a 70cm jump.

Hot Tip: When you set up your ramp run your Sphero Knievel toward a wall.
ADD: Events to your program once it is running OK.
GOTO your Events tab at the base of your interface. Add “on freefall” and/or “on landing” then add sounds and colours to enhance these events.