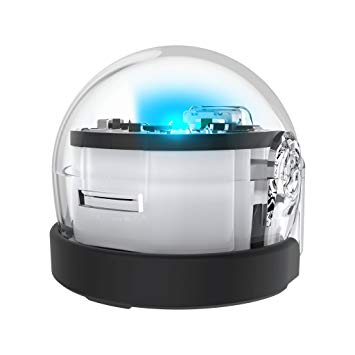 Love these little robots.
The OZOBOT site has great tutorials and lesson ideas. You can code the OZOBOT in using colour markers or using block coding with OzoBlocky

USE BLOCK CODING FOR FULL CONTROL
OzoBlockly gives you the power to fully control your Ozobot's movement and behavior. Powered by Google’s Blockly, OzoBlockly offers five modes from
Pre-Reader with icon-based blocks to Master with support for many low-level functions and advanced programming concepts. It has something for everyone!

Coding for young children Download the FREE apps for iPad or android.
Coding is the new literacy! With ScratchJr, young children (ages 5-7) can program their own interactive stories and games. In the process, they learn to solve problems, design projects, and express themselves creatively on the computer.
Online Scratch , here you can program your own interactive stories, games, and animation. Check out the great tutorials and games as well.

This 12-year-old kid learned to code on Codecademy, built 5 apps, and is speaking at SXSW. this s a great story and truly inspirational for kids starting for code.

Learn to Coder Interactively for FREE at Codecademy. Sign up online. The lessons are simple and easy to follow. Or Download the Codecademy APP for iPad which is also FREE Learn Java script, Python, html, etc. Beginner courses are free.

Learn to Code in the Browser - Guided activities.

APP for iPad which is also FREE Learn Java script, Python, html, etc. App Lab
is a programming environment where you can make simple apps.
Design an app, code in JavaScript with either blocks or text, then share your app in seconds.

Is another great coding app which is well designed and easy to learn for everyone. It is available for FREE download at iTunes Also on google play.

Check out Rodrigo’s Site on how to play.

The Hour of Code is officially from 3-7 December, but you can do the hour of code at anytime throughout the year. Code the Dance Party, or even do the Unplugged Dance Party. Or choose from a variety of coding options including Minecraft. Great videos and teacher's notes.

This is a great site for students to work through under their own steam.
This Unit is an Intro to JS: Drawing & Animation  once signed into a class, student progress can be traced. The site has great help options avaiable as you progress.