The 9th smallest country in the world, rich with history with a deep connection to Australia. 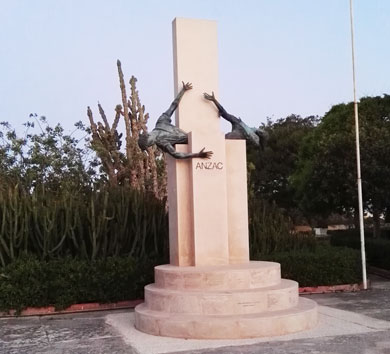 The ANZACS and MALTA
Australia’s little known WW1 history in Malta where ANZAC troops enjoyed respite, recreation and rehabilitation. This News site is a great source of photos and information
Put a new spin on ANZAC investigations this year and take a look at Malta -the Hospital of the Mediterranean that treated our soldiers during the War.
The Australian High Commission to Malta has some excellent pdfs documenting the ANZACs in Malta.
How Malta Survived WW2. Malta was the most Bombed country in the World(rare colour film) the concentration of bombs far surpassing that suffered by London in the Blitz. 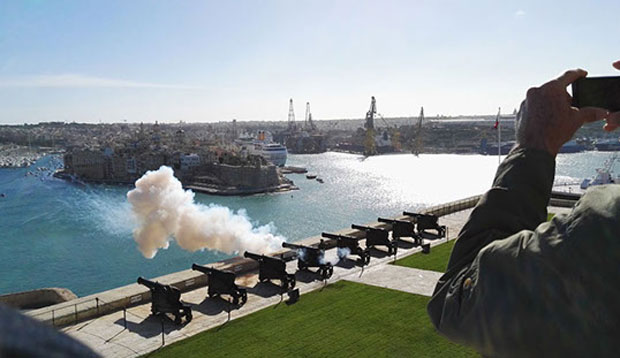 Upper Barrakka Gardens Valletta at the noon ceremonial gun firing.- Photo by Geoffrey Brown 2015
National Symbols of MALTA
Maltese History & Heritage
Maltese Government Site Great site lots of information about the islands, culture, and arts in Malta.
For more details about Malta take a look at VISITMALTA and Profile of Malta
37 Facts and Info About Malta
Malta may only be a small island nation, but if you look carefully you will note that Malta wears big boots. There’s a lot more to discover about Malta, but these facts will give you a good head start! 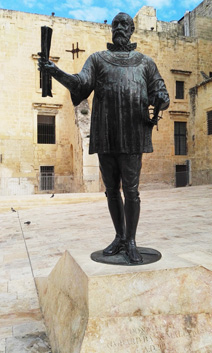 Knights of MALTA This is a fascinating part of the Maltese history.
The Order of the Knights of Saint John of Jerusalem also known as Order of Saint John, Order of Hospitallers, Knights Hospitaller, and the Hospitallers, were among the most famous of the Roman Catholic military orders during the Middle Ages. The defended Malta against the advance of the Ottoman empire(The Turks). There are some incredible stories about them and the Armour and weapons they used were amazing.
Take a look at how to become a knight and the history
of the Knights of Malta. Also take a look at the Video about
the Seige of Malta - one of the greatest stories.
©Photographer Geoffrey Brown Jean Parisot de la Valette.

The history of the Maltese Islands reads like ‘who’s who’ of military and economic powers holding sway over the Mediterranean through the ages, going back thousands of years, beyond recorded history.